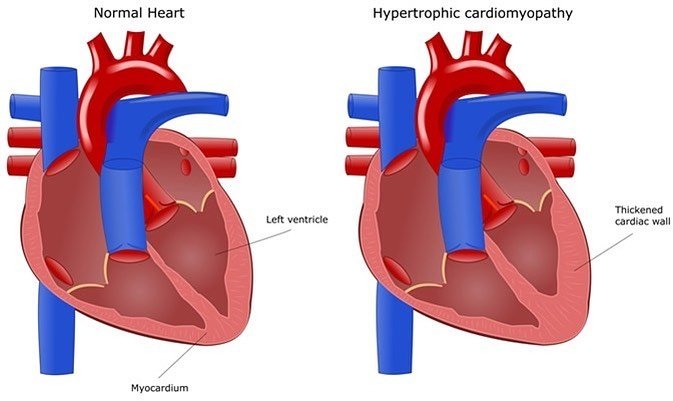 An All-American college basketball star and a two-time Most Valuable Player played for the Loyola Marymount Lions. Although he was at the peak of physical fitness, on March 4, 1990, he collapsed on the court during a semifinal game and was pronounced dead at a nearby hospital at the age of 23. An autopsy was performed afterwards, concluding that he died of a condition called Hypertrophic Cardiomyopathy (HCM), a muscle disorder of the heart. Since that day there have been many more young athletes and non-athletes who have unexpectedly died from HCM, emphasizing the importance in catching this condition early.

Hypertrophic Cardiomyopathy currently affects 1 out of every 500 adults in the general population and those affected have a 50% chance of passing it on to their children. HCM is a condition in which the ventricles become enlarged. This can cause disordered blood flow and arrhythmias in the heart leading to breathing difficulties, chest pain, fainting, and heart palpitations that are often worse during exercise. In individuals with severe symptoms, physical exertion may lead to death. This makes screening and prevention initiatives like pre-participation sports physicals in adolescents extremely important to catch HCM early.

If your doctor thinks you have hypertrophic cardiomyopathy, they can order various tests including an ECG to check the hearts electrical activity, echocardiogram to visualize the heart’s walls and valves, and genetic testing that can identify abnormal genes. If you are diagnosed with HCM, reducing the amount or intensity of activity can often lessen the chance of severe symptoms. Medications may be used to relieve chest pain or trouble breathing and to control the hearts rhythm.

Surgery can be implemented if symptom control is not adequately achieved with activity modification or medications and includes surgical implantation of an implantable cardioverter defibrillator (ICD) or surgical debulking of the overgrown portion of the heart.