Valley Fever in a Competitive Swimmer 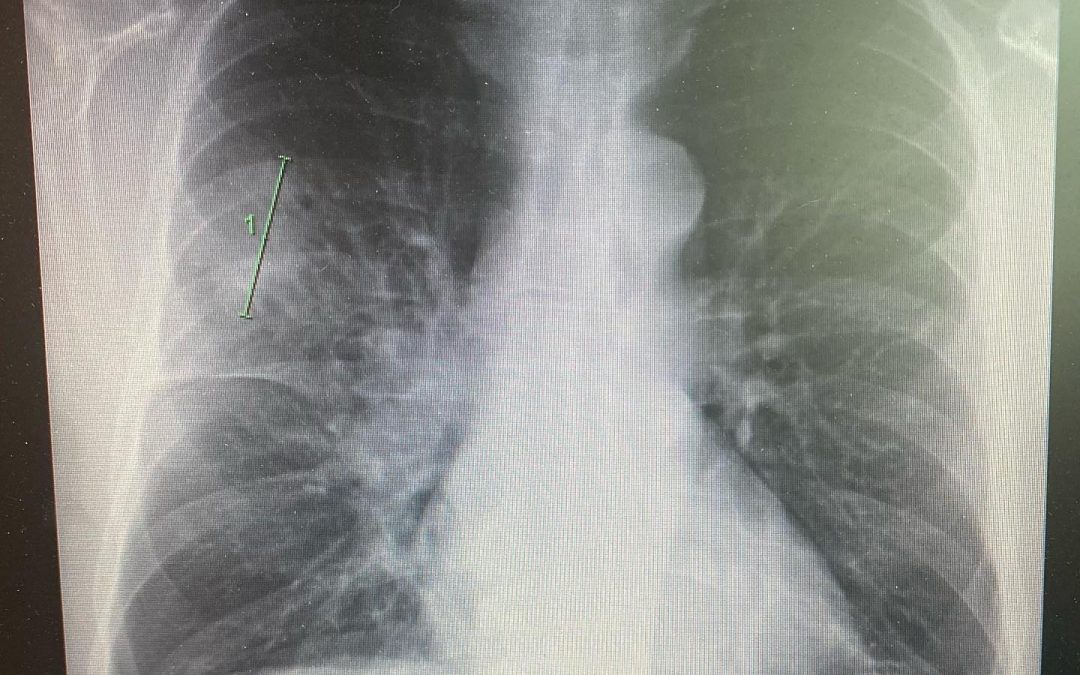 A 65-year-old male was seen in our office this week for episode of cough, fatigue and fevers since last week. He was doing laps last week at the city pool during our a very windy afternoon. Within the next 24 to 48 hours he developed symptoms as above. Chest x-ray noted above showed a 6 cm mass in his right lung and his IGM titers (immune labs) were positive for a recent infection of coccidiomycosis otherwise known as valley fever.

Valley fever is caused by the fungus Coccidioides. Made famous from the San Joaquin Valley as it is indigenous there as well. The fungus is known to live in the soil in the southwestern part of the United States and parts of Mexico Central and South America. Those who contract valley fever do so by breathing in the microscopic fungal spores in the area. Majority of people who breathe in the spores don’t get sick but some people do. Most people who obtain it, will get better on their own within weeks to months. But some people will need anti-fungal medications. If you have any other questions on the valley fever or any other infectious disease related to exercise and sports medicine, please feel free to call us we would be happy to help. #valleyfever#coccidioidomycosis #swim #swimming